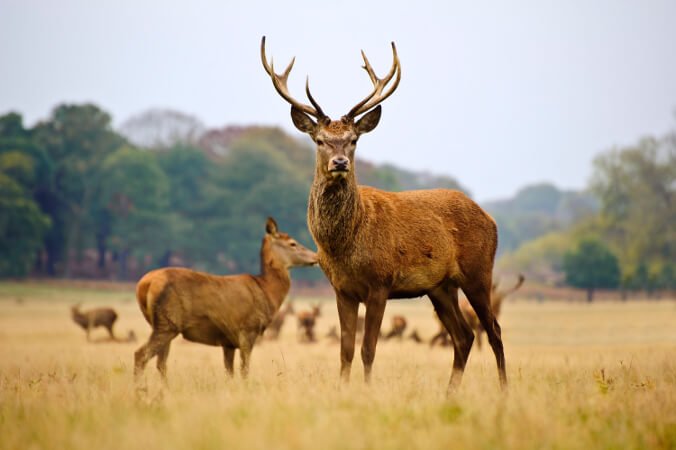 In our post this month, we?re going to be looking at the different types of game meat, and focusing on the top 5 eaten in the UK. It?s true that game meats have become increasingly popular, and are so delicious and full of nutritional benefits. Read on as we take a look at the top 5 game meats and why you should be having them as part of your evening meal.

This year has seen a real boom in venison as a popular game meat. Sales have risen exponentially, and this is largely because it is such a healthy meat. It?s full of vitamin B2, iron and very low in carbs in comparison to pork, chicken or beef. You don?t have to be a 5-star chef to be able to cook it, and there are some really nice and simple ways of using venison including burgers, steaks (naturally), meatballs and sausages, so don?t dismiss venison before you?ve tried it.

Pheasant is often seen as a niche food, something only a few people eat and a luxury for the rest of us. However, pheasant isn?t anywhere near as expensive as you think it is, they can be plump, juicy and you can marinate to stop them from going too dry. You can remove the meat from the bone and then dust with flour to help keep the moisture. You can also hang pheasant to help keep the bird tender and full of flavour, 5 to 7 days is usually enough.

If you?re put off by duck because of its fattiness, then you may be pleasantly surprised to know that wild duck, unlike it?s farmed equivalent, is less fatty and strong on flavour. This explains why they?re becoming so popular as a game meat and make such a great alternative to chicken.

The last of the top bird game meats, the grouse is popular and with good reason, it?s a meat that gives a strong and distinctive flavour, and usually available at the beginning and towards the end of August. They?re at their best when they?re roasted and it really is a superb meat that delivers on taste.

Lighter than pork, wild boar is a real treat and comes in many guises, from stews and steaks, to sausages and black puddings. It?s an incredibly versatile meat that?s rich in flavour with hints of both pork and venison combined. It?s a great accompaniment for the autumn and winter evenings ahead, so keep that in mind once the nights draw in and the colder weather approaches.

We hope you?ve enjoyed our list of top 5 game meats in the UK. It?s easy to see why these meats are so popular, they?re full of flavour and taste, and they?re so versatile and can be used in so many different ways. Here at IMS of Smithfield, we offer competitive pricing on a full range of game meats, so come in and see what we have and start preparing your warm autumnal meals ahead.