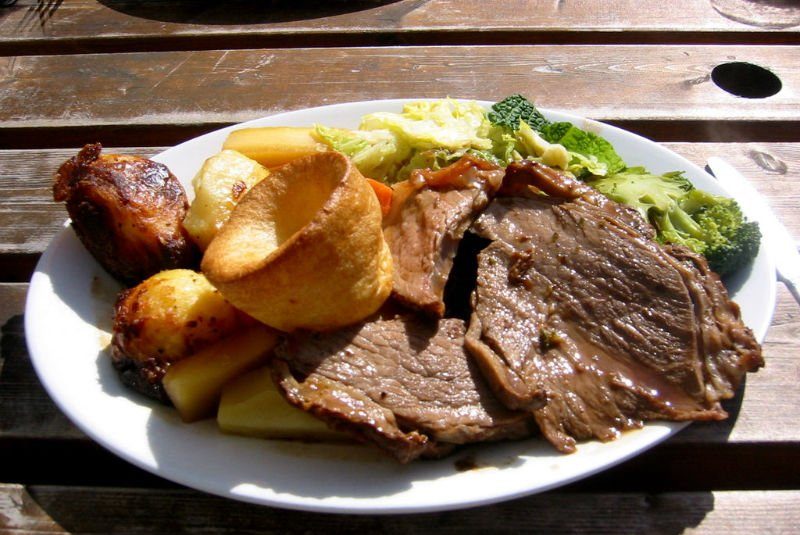 Be Sure to Choose Healthy Cuts of Beef

Most of us care about what we eat, where it comes from, how it was produced and how healthy, or otherwise, it is to eat. Here, we take a look at how you can incorporate delicious healthy cuts of beef in your diet without taking any health risks.

So Many Choices at Mealtimes

When it comes to making a choice about what you eat, and how to eat it, there has never been so much choice as there is now, right here in the UK.

Ask anyone to name the food that is most often associated with the British and you?ll get a range of answers including Fish and Chips, Roast Beef and Yorkshire pudding and, more recently, the good old English version of an Indian curry.

Of these, it is possible to trace the origins of one much further back than the others. Roast Beef, in one form or another, has been a favourite of the British for many centuries and it was the French who referred to us, in a mildly insulting way, as the ?Rosbifs? or Roast Beefs? because that was our favourite way of cooking beef.

We retaliated, of course, by making reference to their love of frog?s legs, but that?s for a different article on a different day because here I want to focus on top quality British beef and its role in our diets.

There?s no denying that a nice joint of beef, perfectly roasted and served with all the trimmings, is a very desirable dinner. What could also be said, however, is that quite often it isn?t such a healthy one, mainly because of the way in which it is served.

Take away the Yorkshire pudding, the roast potatoes, the rich, unctuous, gravy and all the other naughtiness and you?re left with just the beef and, if it?s beef that you?re after, there are other, healthier ways to eat Britain?s favourite red meat.

Before you start to cook anything, however, it?s a good idea to make sure that the beef you buy is one of the healthier cuts. The cow is a large animal and there is a lot of meat on a beef carcase, some healthy, (low in saturated fat, high in vitamins and minerals) and some not so healthy.

Choose the Healthy Cuts of Beef

The healthy cuts of beef are those with less fat and can easily be identified when visiting a supermarket by examining the packaging which, these days, includes a wealth of nutritional information, or by asking your friendly local butcher.

One of the healthiest ways to eat beef is generally considered to be in the form of a delicious steak; simply grilled and, preferably, served without the fries ? try a nice green salad instead.

Take, for example, the Rump Steak

Sometimes referred to as the ?steak-eaters steak?, rump steak is also generally considered to be one of the leanest, and therefore healthy cuts of beef available as it typically produces only 125 kcal per 100g.

Rump steak is also full of flavour and benefits from being well hung before being cooked but many chefs consider that it is not suitable for serving too rare ? around three minutes each side is a good rule of thumb, depending on the thickness of the steak.

There is a school of thought that thinks that rump steak is better bought in thick slices and cooked by flash frying then finishing in a hot oven for about 15 minutes or so before being cut into separate steak-sized pieces. However you cook rump, be sure to let it rest well before serving.

Sirloin steak, on the other hand, tends to cost more than Rump steak and is taken from the middle back of the animal. Sirloin is well marbled with fat which gives it flavour and makes it nice and juicy.

Go for steaks which are quite thick, and remember to season them well just before cooking in a hot pan where they should be given around six to eight minutes. As with most meat, allow the sirloin steak to rest well for a couple of minutes before serving.

In general, top sirloin is one of the healthiest cuts of beef due to its low saturated fat content.

So called because of the T-shaped bone and consisting of the sirloin on one side and fillet on the other. Many consider this to be a more difficult steak to cook because the two sides tend to cook at different rates. Some say that the Porterhouse version should have a slightly larger proportion of fillet than a standard T-bone.

This is, without doubt, one of the most expensive cuts of beef and, having little or no fat, it is also one of the leanest and healthiest.

The fillet comes from a muscle in the cow that is never used and which therefore does not become tough. Fillet is not always served as a steak but can be truly spectacular when done properly.

Larger pieces of this cut are also much sought after for use in dishes such as Stroganoff and Beef Wellington although it is well suited to quick cooking methods too.

The lack of fat can lead to fillet steak becoming tough if overcooked so the pinker the better to appreciate its buttery softness.

Fillet steak has several alternative names when served as steaks, including Filet Mignon, Tenderloin and Tournedos.

High in protein, vitamins and minerals, there is no reason why beef cannot be a regular part of everyone?s diet. With so many different and healthy cuts of beef to choose from and hundreds of healthy and tasty ways to prepare and cook your beef, it is still the meat of choice for many and looks like being so for many years to come.

For a good source of high quality beef, you can contact us via Twitter or get in touch with the IMS of Smithfield team.