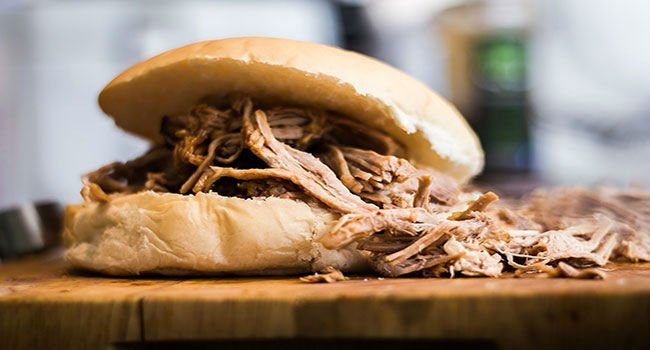 2017 is promising to be an interesting year for the hospitality industry. The impact of the EU referendum has been a weak pound, which may well encourage international visitors to our hotels and restaurants. The forecast for growth in the hotel industry is varied with London suffering from too much room availability and other smaller cities, for example Edinburgh, predicting continued growth. One element of the hospitality sector that is often subject to influences is the food sector. We look at the top 10 food trends for 2017.

No longer satisfied with status labels such as ?organic? or location information such as ?made in Devon? restaurant diners, spurred on by TV programs like BBC?s Countryfile, are turning their interest towards rare and named breeds. The understanding of the benefits of these older breeds has moved beyond being able to recognise a Gloucester Old Spot or a Belted Galloway towards requests for Lake District Herdwick sheep and the like. This demand for rare and named breeds has also extended beyond meat into poultry and eggs.

Ever since pulled pork found its way over from the US it has been one of the big food trends in both higher class and takeaway restaurants. Throughout 2017 expect to see more experimentation in both the meat choices and the initial curing mixes. The burger will no longer have sole control over pulled meat; we will see it being used in innovative ways to great effect.

Sea vegetables are gaining in popularity, with sea foraging experts like Cornish forager Rachel Lambert and sensitive commercial operations like Irish Roaring Water Sea Vegetable Company leading the way. Sea vegetables are already available for home experimentation so expect to include staples like the salty dulse and intriguing sea spaghetti but also try something new. The touch with sea vegetables will be light and complimentary with an emphasis on sea vegetable based products such as sea pudding and wakame sausage.

With the encouragement of TV chef programs and the availability of home sous vide cookers; this method will become a 2017 food trend, particularly when it comes to steak. Restaurant experimentation with this method will prove popular with clients.

Mexican food has been with us for a long time and has gained popularity in our high streets as an alternative to traditional fast food. This year?s food trends will see more authentic Mexican food on our menus. Consumers will expect to move away from US influenced tacos and burritos towards older recipes for stews and soups revamped with a hint of modern ingredients and methods. Diminutive meat empanadas are set to become the latest hot snack.

The world of the food consumer is becoming increasingly interested in where the base ingredients of its culinary delectations are coming from. Big in 2017 will be onsite gardens, in-bar breweries and ?home? created food. Diners will expect to be part of the sourcing experience and will want to explore gardens, see the brewing process and talk to the home chefs.

Olive oil is set to release its grip on the restaurant market with a food trend towards lighter, high smoke point oils like grapeseed oil or lightly flavoured oils such as avocado or walnut oil. Diners will expect to see oil variety and information on their menus.

Butter has been big news for some time with demands for gourmet and specific location varieties increasing interest in the production and use of this everyday delight. Food trends in 2017 will see butter stepping beyond the ordinary into the artisan with naturally flavoured butters and buttermilk gaining ground.

There is a predicted food trend for the rest of 2017 towards less conventional homemade produce. If customers are experimenting with making their own cheese, jerky, artisan pickles, charcuterie and probiotics, it is certain that they will expect their restaurant chefs to be a step ahead. Plan for experimentation and prepare to talk to interested clients about methods.

The statistics for food waste in the UK are disappointing and although the food and hospitality industry (0.9 metric tonnes) does well compared to households (7.3 metric tonnes), the UK total for food wasted after the farm gate is in excess of 10 metric tonnes. Consumers are increasingly unhappy with this and are looking for the industry to lead the way with less used cuts of meat, bone marrow and offal.

As far as food trends go, 2017 is set to be the ?year of the diner? with customer expectations reaching new heights as far as the source, the ethics and the production of their food. Dining experiences will be expected to inform as well as delight, and experiences rather than individual flavours will take prominence. These are stimulating times for food and we are all looking forward to seeing how chefs rise to the coming challenges.